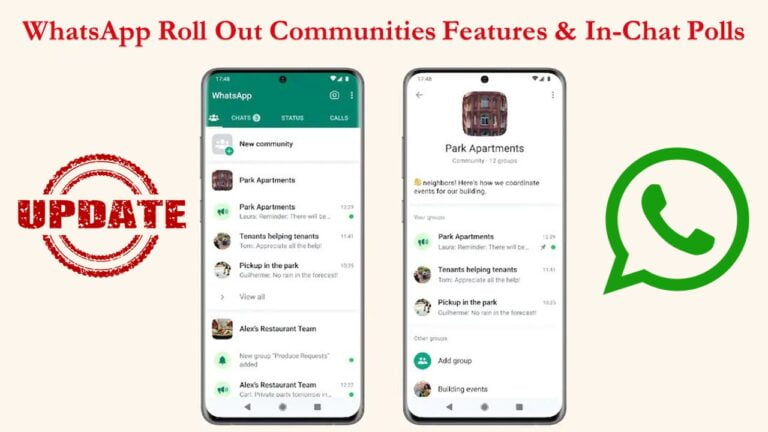 WhatsApp New Features: Social Media Platform WhatsApp on Thursday announced the global rollout of its Communities feature to all countries, including India. The feature previously reported to be in beta testing would allow users to have multiple groups together under one roof and let them organize group conversations on the platform.

In addition to the Communities feature, WhatsApp is bringing several new features aimed at improving users’ messaging experience, including the ability to create polls within a group chat, one-tap video calling for up to 32 people and doubling the participant limit for groups.

Meta CEO Mark Zuckerberg announced the global rollout of Communities on WhatsApp on Thursday. The update will allow users to have separate groups under one “Community” to organize group conversations on the Meta-owned instant messaging service.

This will enable users to receive updates sent to the entire Community and organize smaller discussion groups on what matters to them, according to Meta. Communities will include new tools for admins, including announcement messages that are sent to everyone and control over which groups can be included.

In addition to Communities, groups on WhatsApp are getting a group poll feature. The functionality lets users create polls within the group quickly with the ability to vote. Such like Facebook Messenger and Telegram currently allow users to add group polls. WhatsApp’s poll feature will be protected by end-to-end encryption.

Social Media Platform WhatsApp is also increasing the group size limit from 512 members to 1024 members. The new feature will benefit enterprises and businesses to send messages to multiple people at the same time. The cap had increased from 256 to 512 earlier this year. Meanwhile, Telegram allows users to add up to 200000 people to the group. However, unlike WhatsApp, these group chats are not protected by end-to-end encryption.

We provide the best things and spend huge time testing and verifying all contents available on our website. And all things are absolutely free of cost.